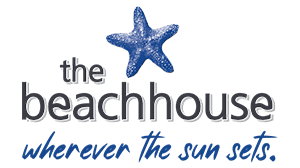 The impact of cleaner beaches

In an age of being bombarded with bad news daily, it’s easy to get disheartened. Especially when you look at the enormity of the marine pollution problem globally. But everyone can do something, albeit small, to help. Because together the small drops fill the ocean! That is why the International Coastal Clean-up Campaign was founded – to give ordinary people who care about conservation the chance to help clean up local beaches and make a tangible contribution to coastal sustainability.

We’ve talked about how marine pollution and plastic, in particular, are destroying ocean life and ecosystems, and how most of this trash end up on our beaches. But when it comes to economic impact, we don’t always realise how important clean beaches are to ensure sustainable tourism. Dirty beaches deter visitors because of their loss of aesthetic value and require a lot of money and resources to clean. A 2000 research survey by Ballance et al. revealed that almost half the respondents interviewed in the Cape Metropole were willing to spend more than 7 times their average trip cost in order to visit clean beaches. Cleanliness was also the most important factor influencing the choice of beach for foreign visitors. In fact, the survey showed that if a beach had more than 10 large items of debris on it, a staggering 97% visitors would not visit it.

While marine pollution is obviously detrimental for the environment and has far-reaching economic implications, did you know that recent UK research has found that littered beaches are also bad for our well-being? According to a study by Wyles et al. of Plymouth University, the restorative or stress-relieving qualities associated with coastal scenes are undermined by beach pollution. This is because litter degrades the calming, mood-enhancing beauty of the natural landscape, thereby actually making beachgoers sad instead of happy. The researchers found that generally arguments for keeping trash out of the ocean and off the beach are grounded in guilt, or in the idea that we should care for the habitat that provides resources such as food, oxygen, and jobs. But ultimately it also has a significant impact on our own mental health as individuals.

So clearly there is a comprehensive call to action on all beach lovers to do their part to keep our beloved beaches clean. By investing time and physical effort in local beach clean-up campaigns, you not only make a real contribution to creating a sustainable coastal environment but also shine a light on the urgent need to adopt a waste-less-lifestyle, for yourself, friends, family and the community. And that is how we begin to make a big step towards fighting marine pollution – by changing human behaviour, one beachgoer at a time.

Ballance, A. et al. 2000. How much is a clean beach worth? The impact of litter on beach users in the Cape Peninsula, South Africa. .

Wyles, K. et al. 2016. Factors that can undermine the psychological benefits of coastal environments: exploring the effect of tidal state, presence and type of litter.

← Spicy Seafood Paella with local inspiration to fire up your winter menu Cosy up your beach house this autumn with colour, texture and detail →